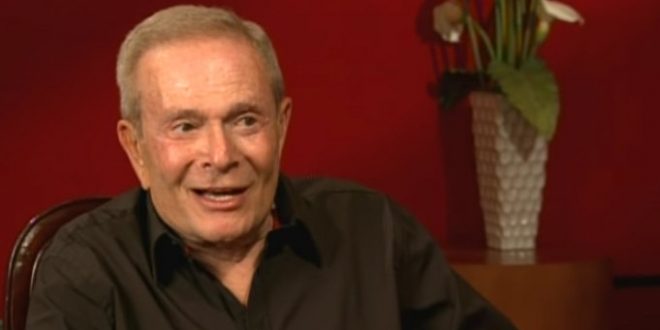 The title of Jerry Herman’s autobiography was Showtune, and if there ever was a Broadway composer who wrote good, old-fashioned, hummable show tunes, it was Jerry Herman.

His goddaughter Jane Dorian confirmed his death to The Associated Press early Friday. He died of pulmonary complications in Miami, where he had been living with his partner, real estate broker Terry Marler.

Herman wrote in the Rodgers and Hammerstein tradition, an optimistic composer at a time when others in his profession were exploring darker feelings and material.

Just a few of his song titles revealed his depth of hope: “I’ll Be Here Tomorrow,” “The Best of Times,” “Tap Your Troubles Away,” “It’s Today,” “We Need a Little Christmas” and “Before the Parade Passes By.” Even the title song to “Hello, Dolly!” is an advertisement to enjoy life.

If there ever was a Broadway composer who wrote good, old-fashioned, hummable show tunes, it was Jerry Herman. https://t.co/DnEUthjp8x

We are saddened to hear of the passing of Jerry Herman, composer & lyricist to some of our most beloved musicals ‘Hello Dolly’, ‘MAME’, ‘La Cage Aux Folles’ & ‘Mack & Mabel’ You helped shaped musicals & an inspiration to us all…thank you for the musicals 🎭🎼 pic.twitter.com/daQ4Rvg4M8