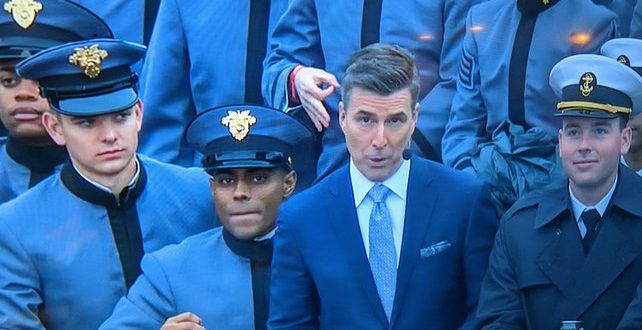 Military officials have launched an investigation after the “OK” hand symbol that has become known as a symbol for white power was flashed amid a crowd of cadets before the Army-Navy game in Philadelphia Saturday.

The gestures were captured on national TV during a pregame broadcast in a crowd that included black cadets. They appeared to be flashed by both West Point cadets and Annapolis midshipmen.

“We’re looking into it,” West Point representative Lt. Col. Chris Ophardt told The Wall Street Journal. “I don’t know what their intention is.” Annapolis spokeswoman Cmdr. Alana Garas also told the newspaper: “We are aware and will be looking into it.”

I wonder what the cadet next to @CollegeGameDay host @ReceDavis feels about the love from his brother cadet? @KwikWarren@TeaPainUSA #collegegameday pic.twitter.com/kFFDVBESqA