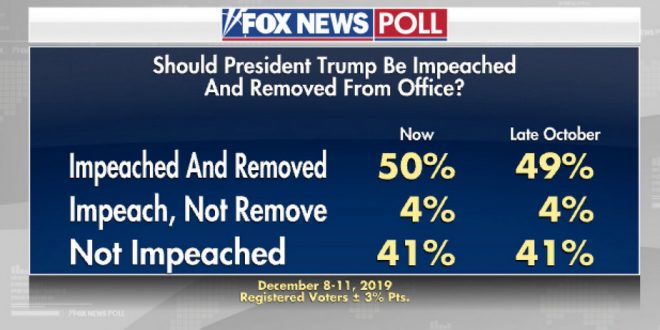 Weeks of congressional hearings and debate have failed to move the electorate on impeachment, according to the latest Fox News Poll. At the same time, approval of President Trump’s job performance has climbed three points.

Currently, 45 percent of voters approve of the job Trump’s doing, up from 42 percent in late October.

Over half, 53 percent, disapprove. That lands the president almost exactly where he started the year, as 43 percent approved and 54 percent disapproved in January.