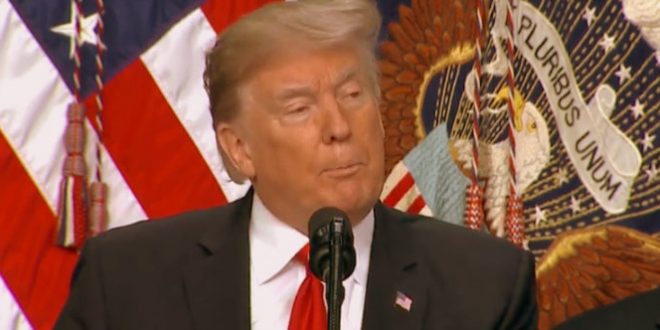 Magazine Founded By Billy Graham: Trump Must Go For His “Gross Immorality And Ethical Incompetence”

From the editor of Christianity Today:

We have reserved judgment on Mr. Trump for years now. Some have criticized us for our reserve. But when it comes to condemning the behavior of another, patient charity must come first.

So we have done our best to give evangelical Trump supporters their due, to try to understand their point of view, to see the prudential nature of so many political decisions they have made regarding Mr. Trump.

To use an old cliché, it’s time to call a spade a spade, to say that no matter how many hands we win in this political poker game, we are playing with a stacked deck of gross immorality and ethical incompetence.

And just when we think it’s time to push all our chips to the center of the table, that’s when the whole game will come crashing down.

It will crash down on the reputation of evangelical religion and on the world’s understanding of the gospel.

And it will come crashing down on a nation of men and women whose welfare is also our concern.

Christianity Today was founded by Billy Graham in 1956 and currently has a circulation of 130,000 print copies apart from its well-visited website.

We’re going to guess that Trump cultist Franklin Graham doesn’t have anything to do with the title or at least has no control over the magazine’s content.

Previous Pew Research: Children Of Christians Are About Twice As Likely To Live In Single-Parent Homes
Next Congress Votes To Raise National Smoking Age To 21