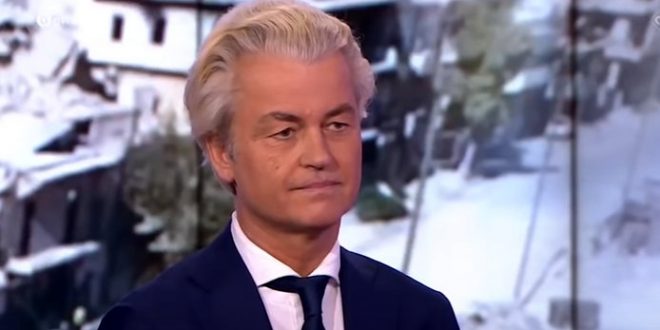 Dutch anti-Islam politician Geert Wilders has revived his plan to hold a contest for cartoons caricaturing the Prophet Muhammad, more than a year after cancelling such an event out of fear for attacks in the Netherlands.

In a tweet late on Saturday, Wilders called on people to send in their Muhammad cartoons. “Freedom of speech must prevail over violence and Islamic fatwas,” the leader of the largest opposition party in the Dutch parliament wrote.;

In August last year, Wilders canceled a similar contest after Dutch police arrested a 26-year-old man who had threatened to kill him over his anti-Islam stance.

Images of the Prophet Muhammad are traditionally forbidden in Islam as idolatrous, and many Muslims regard caricatures as highly offensive.

Previous Warren: Biden Should Comply With “Lawful” Subpoena
Next Cuomo: Hannukah Stabbing Was “Act Of Terrorism”