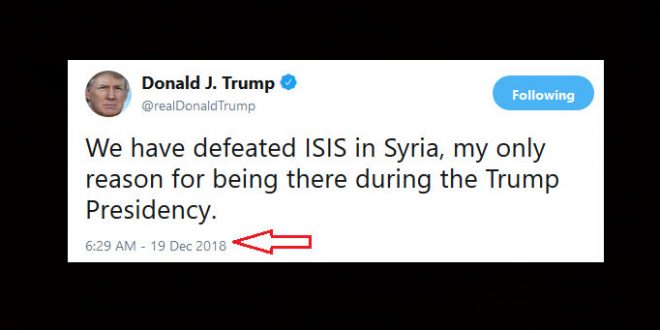 The new operations show that despite Mr. Trump’s earlier demand for a complete withdrawal of all American forces from Syria, the president still has some 500 troops in the country, many of them in combat, for the foreseeable future.

“Over the next days and weeks, the pace will pick back up against remnants of ISIS,” Gen. Kenneth F. McKenzie Jr., the commander of the military’s Central Command, told reporters on the sidelines of the Manama Dialogue security conference in Bahrain on Saturday.