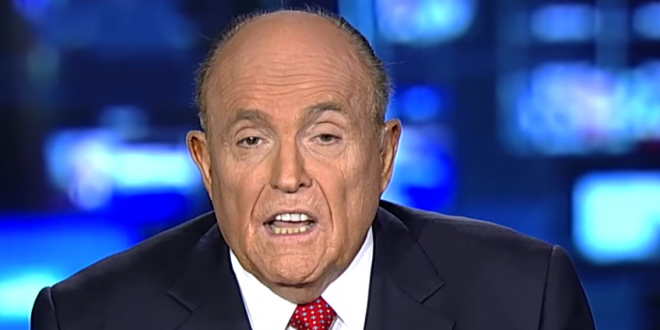 When Rudolph W. Giuliani went to Madrid in August to confer with a top aide to the Ukrainian president and press for political investigations sought by President Trump, he also met with a previously unidentified client with very different interests.

While in Spain, Giuliani stayed at a historic estate belonging to Venezuelan energy executive Alejandro Betancourt López, who had hired Trump’s personal attorney to help him contend with an investigation by the Justice Department into alleged money laundering and bribery, according to people familiar with the situation.

A month later, Giuliani was one of several lawyers representing Betancourt in Washington. The lawyers met with the chief of the Justice Department’s criminal division and other government attorneys to argue that the wealthy Venezuelan should not face criminal charges as part of a $1.2 billion money-laundering case filed in Florida last year.

NEW: A wealthy Venezuelan hosted Giuliani as he pursued Ukraine campaign. Then Giuliani lobbied the Justice Department on his behalf. From me, @devlinbarrett @mattzap @thamburger https://t.co/XjcRASIRSE

This story solves two mysteries: Who covered Giuliani's expenses when he traveled to Madrid to meet Yermak? And who was the client on whose behalf he met with DOJ in September? It's the same man: Alejandro Betancourt Lopez. https://t.co/XjcRASIRSE

Previous SYRIA: US Forces Resume Large-Scale Assault On ISIS
Next Newt Gingrich: We Shouldn’t Let War Crimes Ruin The Career Of Somebody Dedicated To Defending America