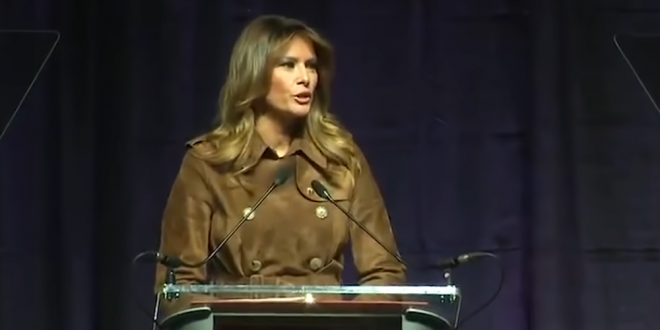 First lady Melania Trump was greeted with resounding boos at an opioid awareness event in Baltimore on Tuesday, even as her husband, President Donald Trump, donated his salary for the third quarter of the year to combat the opioid crisis.

Melania Trump was loudly booed as she was introduced at the B’More Youth Summit on Opioid Awareness at the University of Maryland, Baltimore County.

And the boos continued as she thanked a host for “the warm introduction,” and began speaking to the audience, which was comprised primarily of middle school and high school students.

Melania Trump was just booed for nearly a minute at an opioid event held in Baltimore.

After being met by a chorus of boos, talking and sporadic booing continued during her address.

In my three years covering @FLOTUS at events, that was the worst booing she has received at a public event where she has given solo remarks.