Yet the survey found only 11% of Americans say they trust information about government they see on social media a great deal or quite a bit. Nearly two-thirds said they have little to no trust in government news they find there. 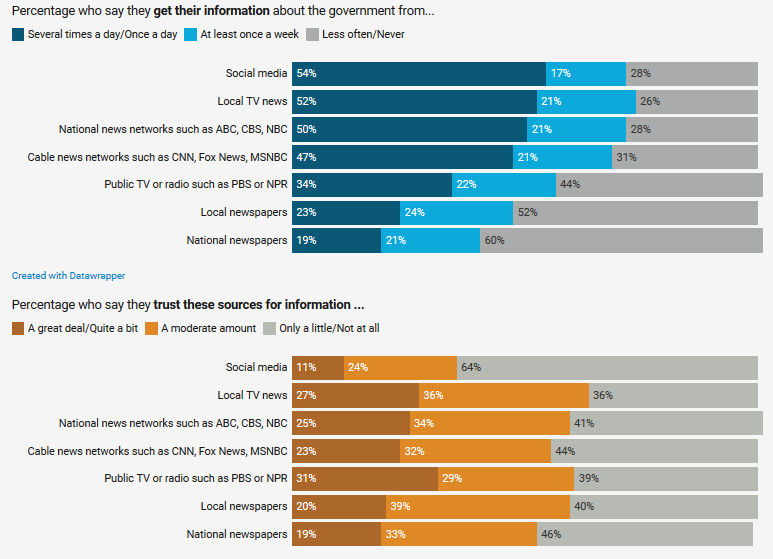