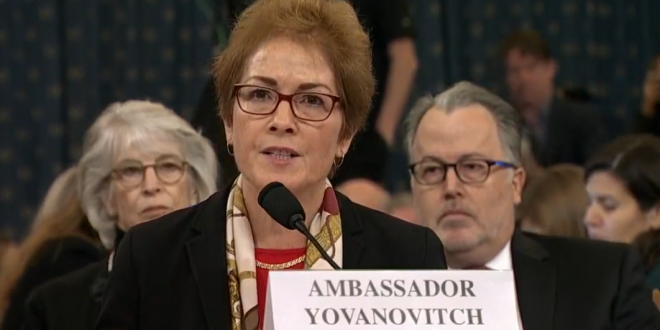 Marie Yovanovitch, the former U.S. ambassador to Ukraine, pointed her finger at President Trump’s lawyer Rudy Giuliani while detailing her sudden removal from her diplomatic post during Friday’s nationally-televised impeachment testimony, as the president fired back in realtime and said every place she worked “turned bad.”

During her appearance, Yovanovitch, a career diplomat who served both Republican and Democratic presidents, relayed her story of being suddenly recalled by Trump in May, saying she believes Giuliani played a key role in telling people she was not sufficiently supportive of the president.