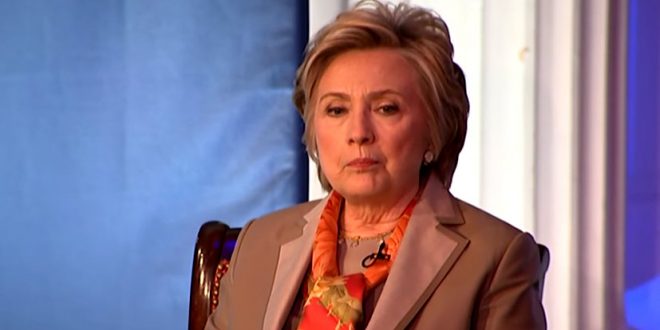 Hillary To Dems: Pick Someone Who Can Win Electoral College And Then “Close Ranks” Behind The Nominee

Maybe this will finally stop the “she’s running” chatter:

“I think several of our candidates could win the popular vote but as I know that’s not enough,” added the 2016 Democratic presidential nominee.

She urged a supportive crowd of almost 2,000 people to “work hard for your preference in the primary” but “close ranks behind whoever is nominated.” “Do not let anyone you know vote third party,” she said.

Previous Stone Bolts Jury Selection Due To “Food Poisoning”
Next Sen. Lindsey Graham Shrugs Off Confessions Of Quid Pro Quo: It’s All BS, I Won’t Even Read The Transcripts