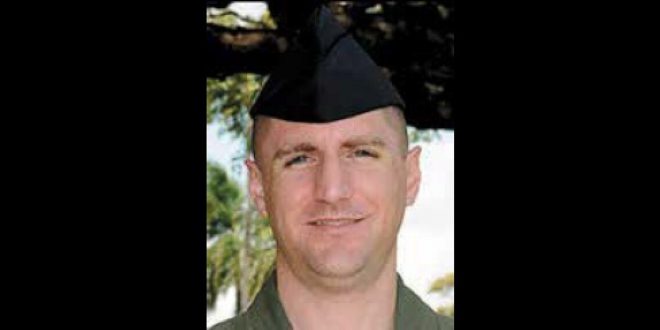 For years, Cory Reeves allegedly posted hundreds of messages on a secret online forum for white supremacists under a pseudonym. In now-public posts, Reeves appeared to swap workout routines and diet tips with his like-minded internet friends; he also appeared to paper his town with far-right propaganda, participate in white-nationalist group meetups and share racist memes.

All the while, the Air Force master sergeant kept his apparent role in the white-nationalist group Identity Evropa quiet as he served in the military in Colorado Springs.  The investigation recently came to a head when the Air Force demoted Reeves in September but officially allowed him to remain on active duty despite hundreds of online posts linking him to a white-nationalist group.

The episode highlights a growing concern about active-duty military and veterans joining the ranks of white-supremacist organizations. The Air Force, like each branch of the military, has an explicit policy banning its members from promoting white-supremacist groups.

Activists earlier this month released online a database for the neo-Nazi forum Iron March, which included chat logs of discussions involving purported service members and others who expressed a desire to join the military.

Iron March is the organizational birthplace of the Atomwaffen Division, a violent neo-Nazi organization in America viewed by some as a domestic terrorist group.

The anti-fascist group in Colorado, in their original post on Reeves, said he was a “patron” member of Identity Evropa, who contributed more monthly dues than regular members pay. It also posted photographs, allegedly of Reeves wearing clothes with Identity Evropa’s logo and taking part in one of the group’s protests.

The Air Force demoted Cory Reeves from master sergeant in September but officially allowed him to remain on active duty despite posts linking him to a white-nationalist group https://t.co/EXpoDb3Akp