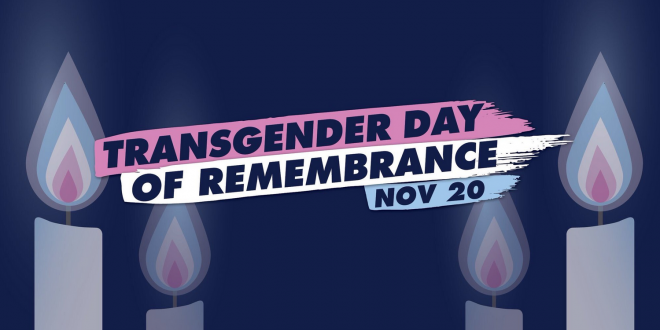 In 2019, at least 22 transgender Americans—mostly Black trans women—have been targeted and murdered. We can never stop saying and remembering their names.

On Transgender Day of Remembrance, we must recommit to seeking justice for the lives taken and ending this epidemic. #TDOR

At least 22 transgender and gender non-conforming people have been killed in America this year. Tonight, I’m thinking of them and those whose deaths may never be reported. We must all commit to building a country where transgender Americans are safe, equal, and free. https://t.co/mUfDdBLWCD

On this Transgender Day of Remembrance, we honor the memory of those we’ve lost—at least 22 trans and gender non-conforming people killed this year—and recommit to ridding this hate-filled violence from our society. Everyone deserves to live open and proud and free without fear.

On Transgender Day of Remembrance, we #SayTheirNames, and we re-commit to ending this epidemic. #TDoR https://t.co/6mTLM2grTq

We need to alleviate their struggle to make ends meet—see their humanity— and take action to end the violence they face.#TransDayofRemembrance https://t.co/tQlBAha2qu

Hateful acts of anti-trans violence have claimed far too many lives—many whose names we’ll never know. Today we honor them. To those who continue to face discrimination & violence due to transphobia: I see you, I love you, & will never stop fighting for you. #TDoR2019