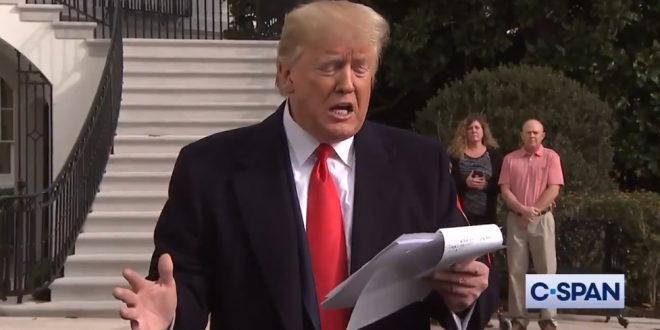 On Wednesday, Trump — who nominated Sondland for an ambassadorship after Sondland gave $1 million to his inaugural fund — said to reporters outside the White House, “I don’t know him very well. I have not spoken to him much. This is not a man I know well. Seems like a nice guy though,” Trump said of Sondland. “He was with other candidates. He actually supported other candidates. Not me. Came in late.”

Trump then read a “response” to Sondland’s testimony that was handwritten on a sheet of paper and included the phrases, “I WANT NOTHING. I WANT NOTHING. I WANT NO QUID PRO QUO. TELL ZELENSKY TO DO THE RIGHT THING.” Trump’s comments were reminiscent of how he and his representatives have previously distanced themselves from associates as soon as the association became problematic.

Trump at the White House today on Sondland: “I don’t know him very well.”