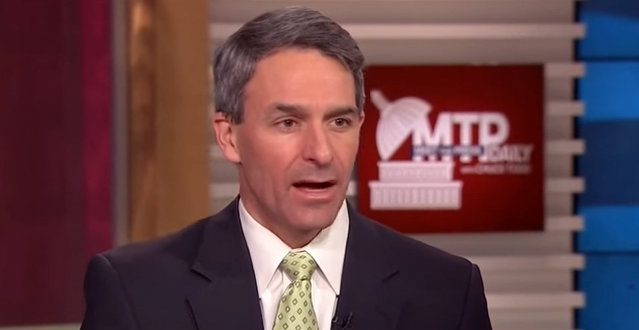 From the Conservative Partnership Institute:

Conservatives unequivocally support Ken Cuccinelli for the position of Secretary of the Department of Homeland Security.

As acting head of the U.S. Citizenship and Immigration Services (USCIS), Cuccinelli has proven himself exceptionally capable of executing the president’s agenda on complex and sensitive issues. Rather than backing away from a media that is at times overtly hostile to the president’s enforcement of the law, Cuccinelli has consistently been an unwavering, articulate, and extremely knowledgeable advocate of the policies his agency has put forward.

Moreover, Cuccinelli is a proven executive with a personal touch, and an excellent manager. In an agency with many components, he will be a leader that builds a team atmosphere in order to get the work accomplished. His tenure at USCIS has seen a renewal in agency morale, and discipline of those attempting to undermine the president’s policies.

As a knowledgeable lawyer and former Attorney General of Virginia, Cuccinelli is uniquely qualified to navigate the complexities of the numerous statutes and regulations DHS is tasked with enforcing. He understands law enforcement priorities and the importance of securing the nation’s homeland. Additionally, he brings an outsider’s perspective to a bureaucracy of nearly 250,000 people, and will offer fresh insights in processes and redundancies in need of streamlining of a huge federal agency.

Cuccinelli is a champion of conservative policies, and a man of unimpeachable character. We have no doubt that he will execute the president’s agenda with the integrity, commitment, and excellence that we have known him to bring to every other position. He has our strongest support.

The Conservative Partnership Institute was founded in 2017 by former GOP Sen. Jim DeMint, who left Congress in 2012 to run the Heritage Foundation, who summarily fired him four years later for being too far right. For real.

While in the Senate, DeMint vigorously championed federal bans on same-sex marriage and adoption by same-sex couples. He also called for banning public schools from employing gay teachers.