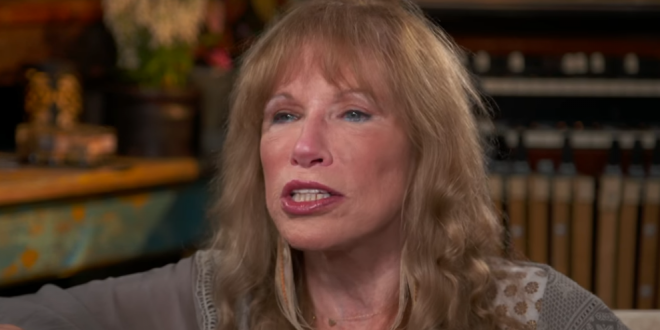 Carly Simon may have had a strong bond with at least one important White House figure — her latest book, Touched by the Sun, documents her close friendship with former first lady Jackie Kennedy Onassis — but Donald Trump certainly wasn’t it. Though Simon doesn’t say precisely when the Trump encounter happened, it was at a New York luncheon for Benazir Bhutto, the Pakistan prime minister who was assassinated in 2007, and therefore long before the billionaire turned to politics.

Simon said that Trump “wasn’t paying any attention” to her, focusing instead on the “dignitaries” at the gathering. But then Bhutto invited her to discuss her music in private, which may have piqued Trump’s interest. “When I went out of the bedroom, obviously I had all of a sudden become important through the eyes of Donald Trump,” the “Anticipation” singer said. “So he was very anxious to meet me and invited me to Mar-a-Lago and was all over me like ugly on an ape.”

Simon says she rejected the invitation because she found Trump “repulsive.”