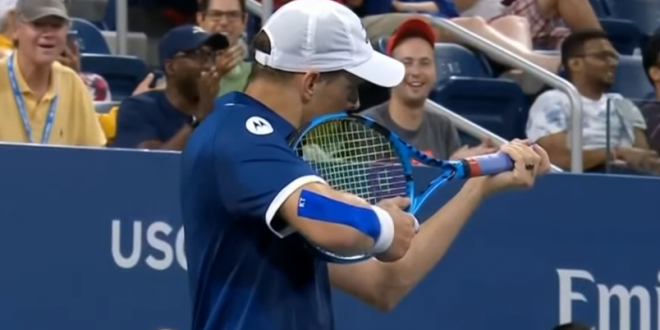 American doubles star Mike Bryan was fined $10,000 on Sunday for making a shooting gesture with his racket, aimed at a linesperson, during a US Open match at Flushing Meadows on Saturday night. Bryan turned his racket upside down and held it as if he was holding a gun, in the direction of the official who had made a poor call.

The incident happened late in the second set of the second-round doubles match between Mike and Bob Bryan and Roberto Carballes Baena of Spain and Federico Delbonis of Argentina. Mike Bryan issued a statement about the incident to the New York Times.

“I apologize for any offense I may have caused. We won the point and the gesture was meant to be playful. But given the recent news and political climate I understand how my gesture could be viewed as insensitive. I promise that I will never do anything like this again.”