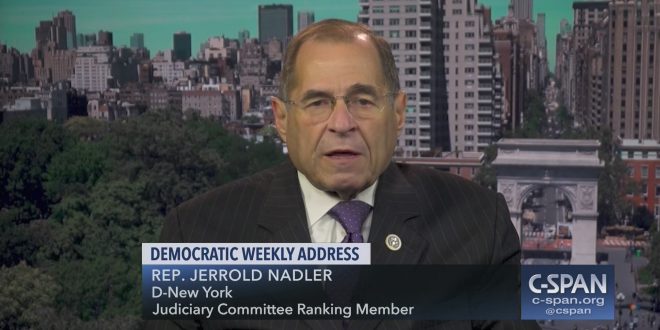 House Judiciary Committee Chairman Jerry Nadler has released a resolution outlining the parameters for an impeachment investigation into President Trump, heating up talk of impeachment on Congress’ first day back from its summer recess.

Nadler on Monday released a resolution, which his committee is expected to vote on Thursday, laying out the rules for any impeachment hearings. The rules outline basic structures, such as how a witness should be called or how the chairman can designate a full committee or subcommittee hearing.

On the other end of Pennsylvania Avenue, Democrats’ proceedings are being met with a collective shrug. One senior administration official says the proposed language falls short of what would be needed to compel additional cooperation from the White House on oversight requests.