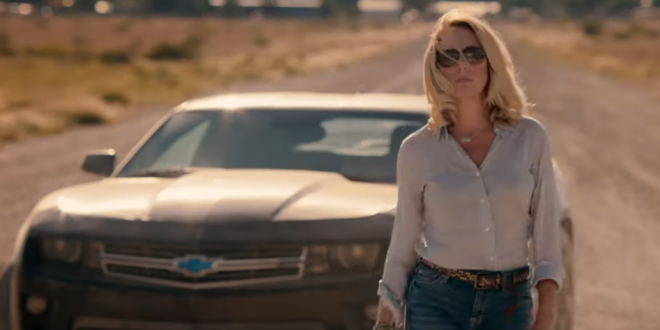 In a guitar-heavy campaign video complete with desert stunt driving and a slo-mo camera approach, Valerie Plame lays out her candidacy for a U.S. House seat in New Mexico.

Gritty images of Dick Cheney and Scooter Libby crackle across the scene, as Plame recounts how Libby leaked her name out of revenge against her husband, former ambassador Joseph Wilson, who was outspoken in his conviction that the Bush administration’s claims of weapons of mass destruction in Iraq were false.

Libby was convicted on perjury and obstruction of justice charges in 2007. “Guess who pardoned him last year?” she asks, as a fist-pumping President Donald Trump appears.