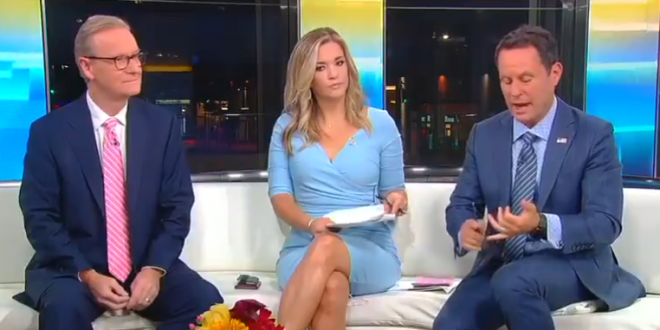 As Fox & Friends noted that Taylor Swift called Barack Obama’s presidency an “amazing time” when America was respected by foreign nations, Brian Kilmeade countered by blaming Obama for the Russian invasion of Georgia (which happened during the Bush administration).

Steve Doocy also noted that Swift used part of her Rolling Stone interview to condemn a white nationalist website that claimed she was on their side. This concluded with him asking Fox viewers if they still want to buy her stuff now that she’s doing this.

“What do you think and politics in general? What do you think about what Taylor Swift did? Remember, you know, she is getting involved in politics. She is also involved in a retail business. She would like to sell as many records and things as possible. Does this harm or does this make you want to buy more things?”

While criticizing Taylor Swift’s interest in politics, Brian Kilmeade blames Barack Obama for the Russian invasion of Georgia, which happened at the end of the Bush administration. pic.twitter.com/rHZPDoV2OF