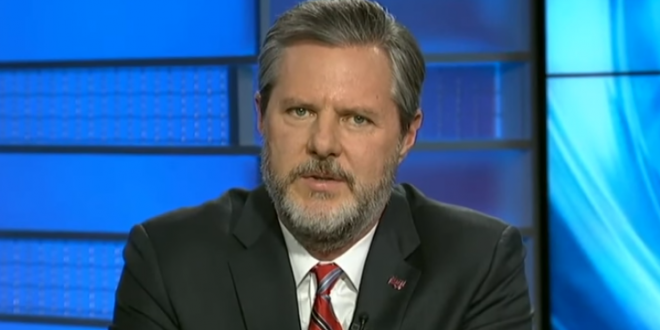 The Southern Association of Colleges and Schools Commission on Colleges recently sent the Lynchburg university a letter asking it to “respond to the media reports,” Janea Johnson said this week.

Johnson declined to provide details about the contents of the letter or any specific concerns the commission would like addressed, saying the commission doesn’t divulge such communications. The most recently available tax records show Falwell makes about $1 million a year running the school.

Liberty University is a “non-profit.” Yeah.

To catch you up, recent bombshell reports from Politico and other outlets allege that Falwell has bragged to employees about his huge penis, shared photos of his wife in kink wear, and lavished millions in university contracts on friends, family, and insiders.