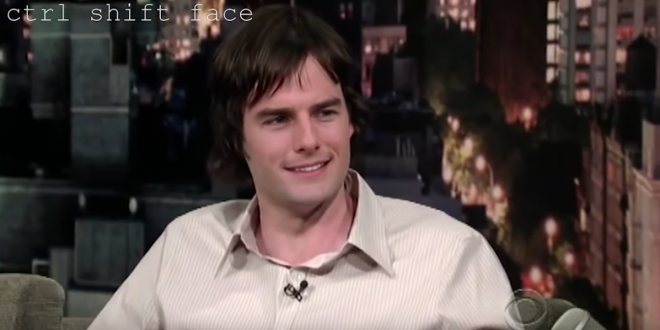 Now that Hollywood has officially endorsed the aesthetics of deepfakes with the mangled celebrity faces of the upcoming Cats remake, it seems like there’s no longer anything holding the technology back.

And now, in an even wilder example of the reality-bending practice, deepfake creator Ctrl Shift Face is here with a Bill Hader interview where the comedian seamlessly transforms into Tom Cruise and Seth Rogen as he performs impressions.

If you want to fast-forward in the clip to where both face-morphs happen, the first is the shift to Tom Cruise.

It happens so fast and smoothly, but it’s roughly around the 55-second mark, though Bill’s actual impression of Tom really begins around the 1-minute, 27-second mark.

If you want to then jump to the Seth Rogen bit, Bill’s impression of him, along with the face-morph, gets going around the 1-minute, 55-second mark.

The mind-melding video has been viewed over 3.7 million times since being uploaded to the YouTube channel Ctrl Shift Face a week ago. “Well, I guess I don’t need to do mushrooms any more,” is the top-voted comment.

Other commenters have expressed disquiet at the potential of such realistic AI manipulation. “I’m always amazed with new technology,” wrote one commenter who claimed to be a software engineer, “but this is scary.”

But the video’s creator – a Slovakian citizen resident in the Czech Republic, who gave his name as Tom to the Guardian – says his unsettling face-swapping videos are an attempt to raise awareness in the age of fake news and footage.

Anyways, imagine when this is all properly weaponised on top of already fractured and extreme online ecosystems and people stop believing their eyes and ears.

Some things to note since this went viral:

1) A person asked if it was a genuine shapeshifter (!)
2) Qanon/Trump people said this came out now because it’s connected to Epstein or is “deep state” training
3) Others wondered how Hader was able to do it (some jokingly)

This video is a testament to the rapid advancement of deepfake technology.

But beneath the humor, the nearly-imperceptible shifts between faces reveal an undeniable fact:

It’s now harder than ever to discern fact from fiction.

And that poses a serious threat to our democracy. https://t.co/LSSWYH59Bp