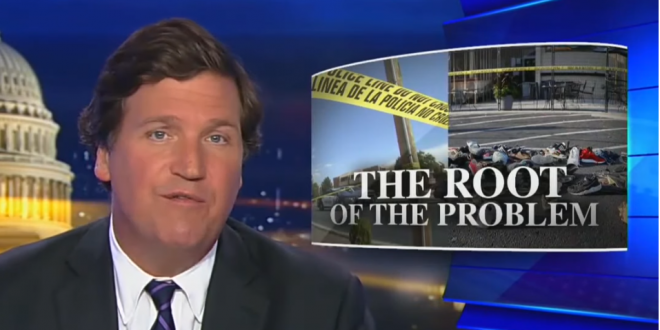 Despite leaving on an abrupt and suspiciously timed vacation — a commonly used tactic by Fox to deter advertisers from dropping shows after a host says something particularly egregious — Tucker Carlson has continued to lose advertisers.

SteinMart, HelloFresh, and Nestle have all severed ties with Tucker Carlson Tonight, and the fast food chain Long John Silver’s not only dropped advertising from his show but from Fox News as a whole.

Nearly 50 companies have issued statements dropping Carlson’s show since December, when he asserted that immigrants make America “dirtier and poorer”— and dozens more quietly cut ties without saying anything publicly.

Last night’s show with a guest host had only 11 paid ads. The other 17 were in-house ads for Fox shows.