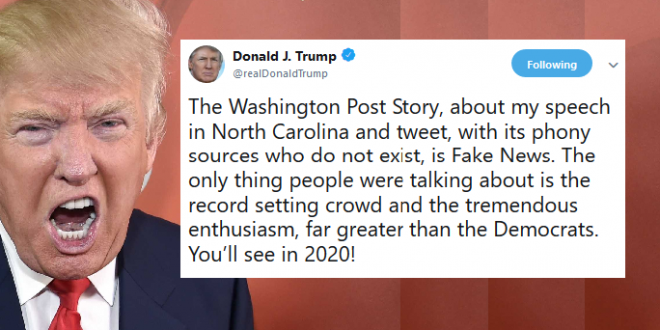 WaPo: Inside The WH After Trump’s Racist Tweets

Last night the Washington Post published a detailed breakdown of the GOP’s frantic attempt to mitigate damage from Trump’s “go back to where you came from” tweets, which resulted in a rare condemnation resolution passed by the House.

The White House vote-counters initially feared as many as 50 Republicans might defect to support the resolution, and Trump ordered an all-hands White House effort to keep the GOP caucus together. White House aides told allies on the Hill that it was okay to criticize Trump, as long as they didn’t vote with Democrats.

Trump was obsessed with the vote tally and received regular briefings. Aides fed him a constant stream of lawmaker reactions and put him on the phone with several lawmakers. He told his team to tell any wafflers that he loves America and that they needed to pick sides. Trump called McCarthy to cancel an immigration meeting planned at the White House on Tuesday.

“Stay there and fight,” he told McCarthy. Vice President Pence also worked the phones, telling Republican members not to fall for a Democratic trap. While they lobbied in private, Republican leaders also began looking for a way to regain the narrative in public, at least in a way that could play with the conservative base.

The full story is quite illuminating, which is why Glorious Leader rushed out the usual “fake news” screech this morning.

The Washington Post Story, about my speech in North Carolina and tweet, with its phony sources who do not exist, is Fake News. The only thing people were talking about is the record setting crowd and the tremendous enthusiasm, far greater than the Democrats. You’ll see in 2020!