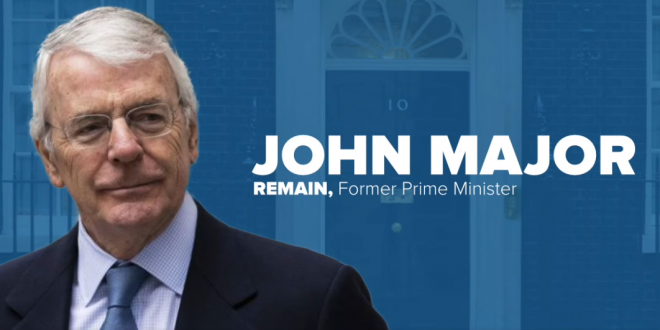 A former British prime minister threatened Wednesday to take Conservative Party leadership candidate Boris Johnson to court if he tries to suspend Parliament to deliver a U.K. departure from the European Union without a deal.

John Major told the BBC it would be unacceptable and against tradition to shut down Parliament, and he would seek a court ruling to overturn it if it happened.

Major’s suggestion is important because Parliament has repeatedly signaled its opposition to a no-deal Brexit, but has no obvious way of stopping it. A legal challenge offers a potential new route.

Previous Court Boots Emoluments Case Against Trump’s Hotel
Next Christian Prophet: Liberals Are Sending A Hurricane To Georgia To Punish Them For Anti-Abortion Bill [AUDIO]