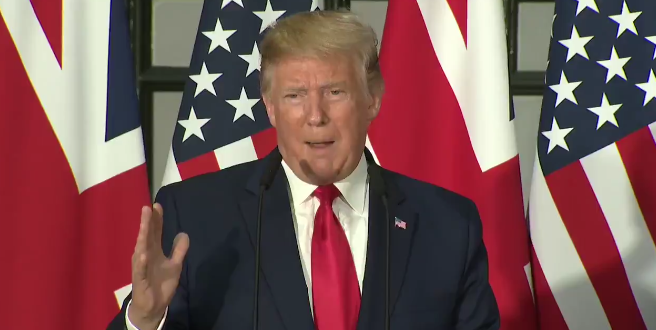 Trump: Republican Senators Have No Idea What They’re Talking About When It Comes To Tariffs, Absolutely Not

President Trump on Thursday reiterated his willingness to impose tariffs on Mexico if the country does not crack down on the flow of migrants toward the U.S. despite opposition from within his own party, saying some senators “have no idea what they’re talking about” on the issue.

“We’ll see what happens. But something pretty dramatic could happen,” Trump said. “We’ve told Mexico the tariffs go on. And I mean it, too. And I’m very happy with it. And lot of people, senators included, they have no idea what they’re talking about when it comes to tariffs. They have no — absolutely no idea.”