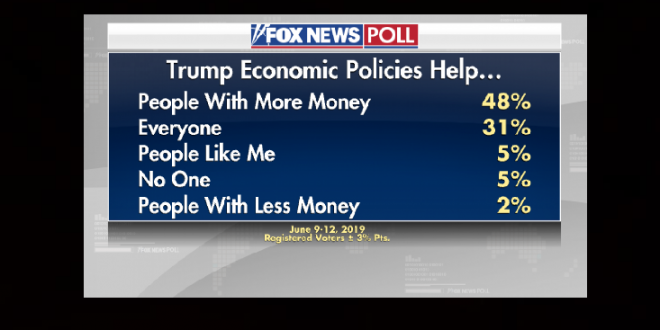 Fifty-seven percent of voters feel optimistic about the economy. That’s down from 66 percent who felt that way when President Trump was inaugurated in early 2017, and from 63 percent who were optimistic in February.

In addition, a new Fox News Poll finds 31 percent feel everyone has benefitted under Trump’s economic policies, but 48 percent think only “people with more money” have benefitted — and just 5 percent of voters feel “people like me” are better off.

On tariffs, voters say they hurt (45 percent) rather than help the U.S. economy (33 percent) and nearly 8 in 10 have concerns tariffs will hit home by making things they buy more expensive. 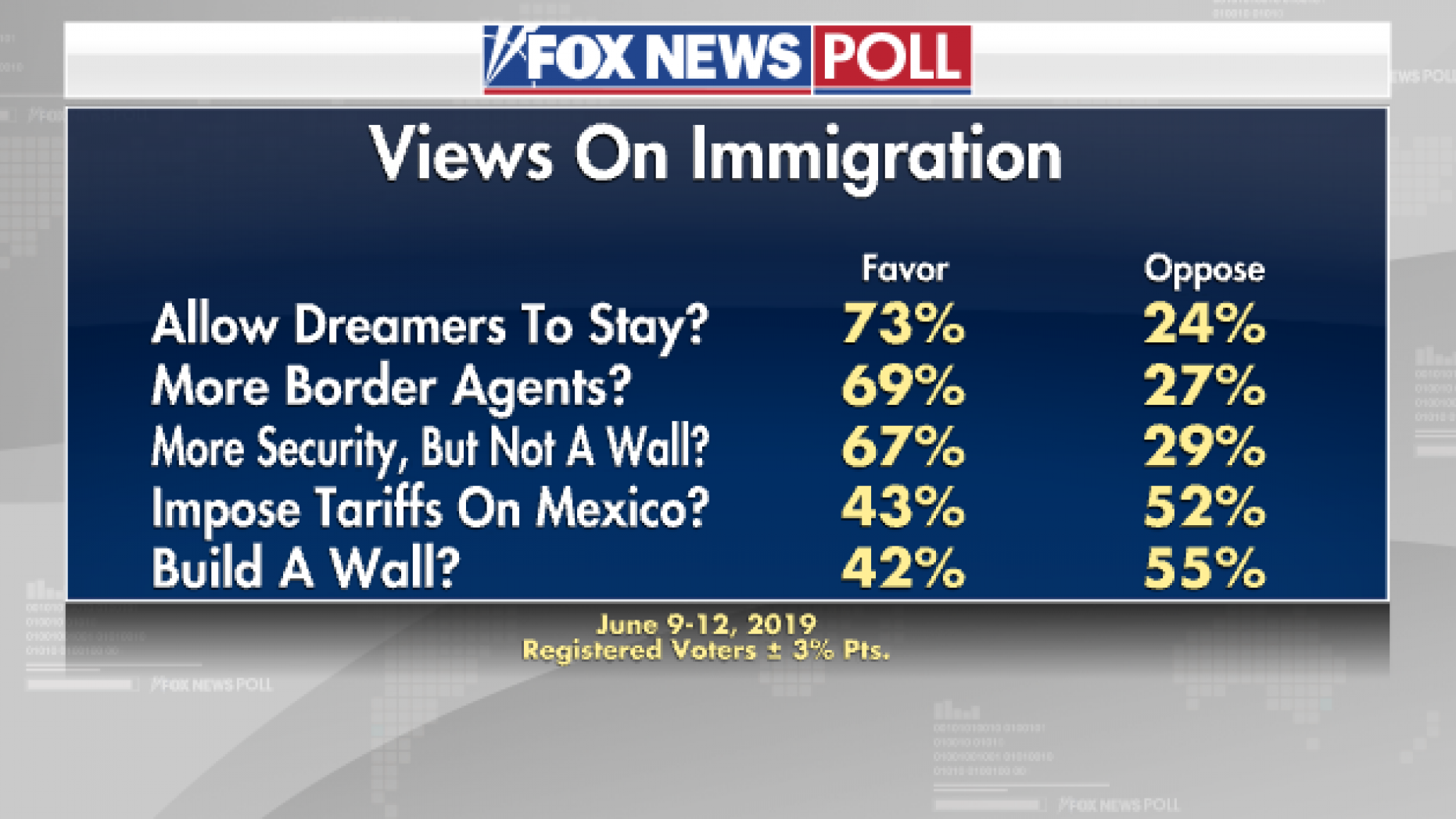 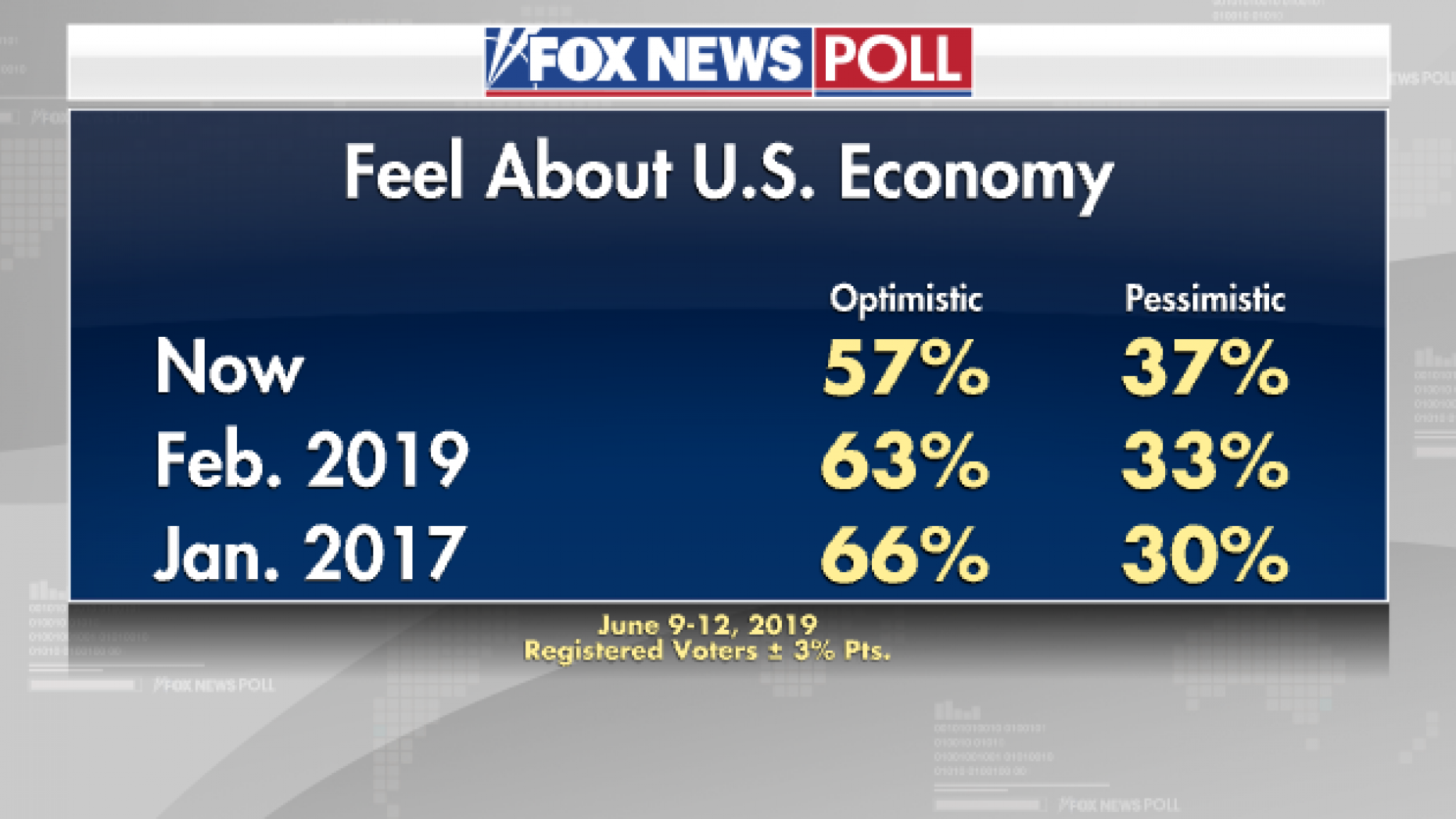 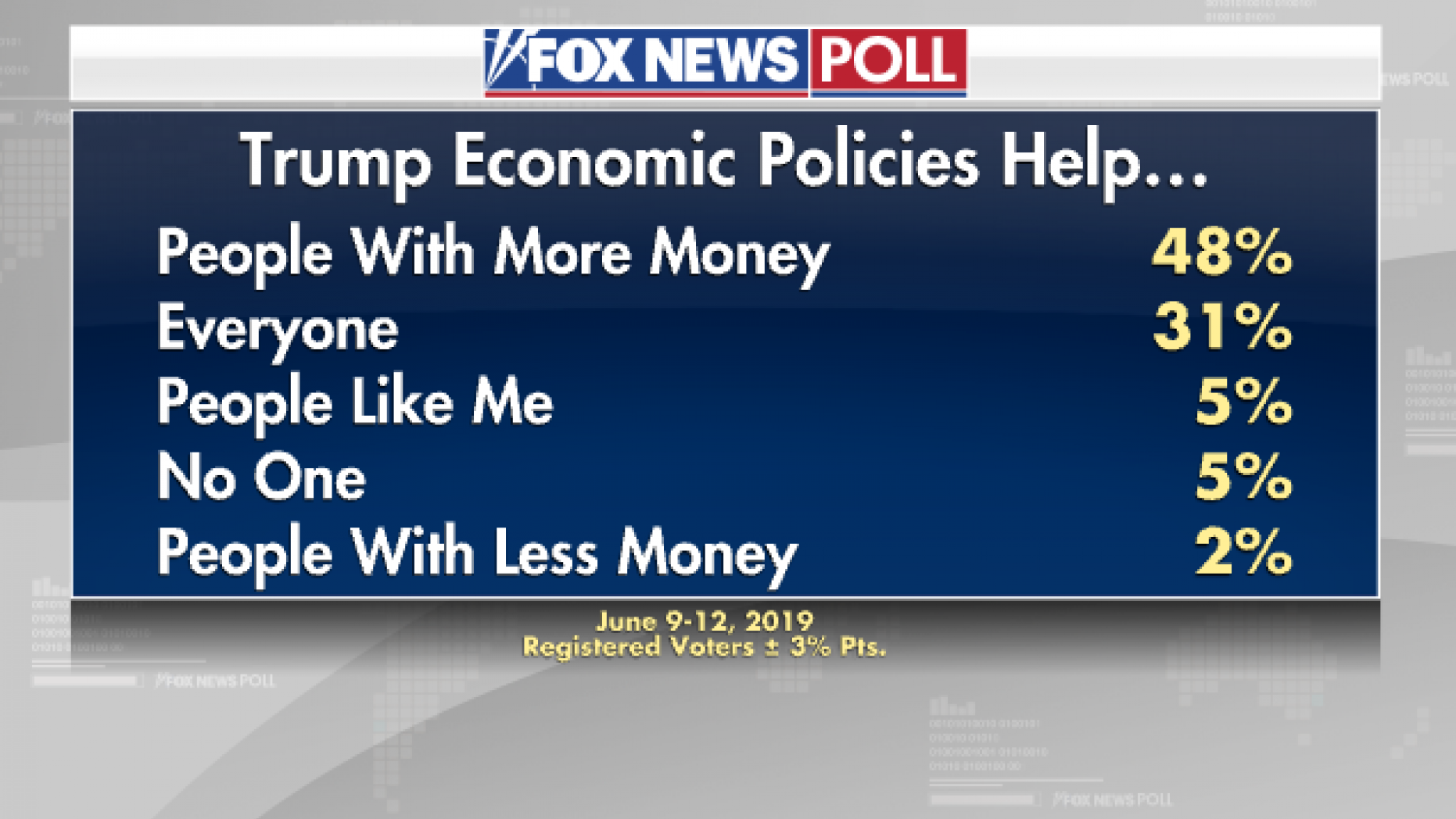