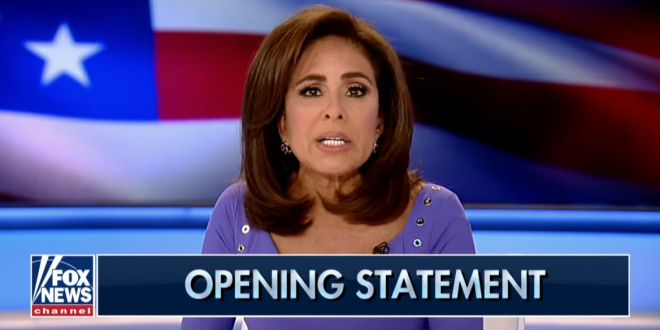 For a while, Trump considered Pirro for a Washington job, interviewing her for a top Justice Department position under Jeff Sessions — a job she lobbied hard to get, according to a senior administration official. But Sessions blocked the appointment, the official said, after which Pirro attacked Sessions on her show for recusing himself from the Russia investigation.

On Nov. 1, 2017, Pirro met privately with Trump in the Oval Office. According to people familiar with the meeting, the president and the TV host discussed appointing a special counsel to investigate Clinton, a move Sessions resisted. Two days later, Trump publicly attacked Sessions. Rumors that Trump might bring her inside have mostly cooled. Trump has concluded, associates say, that Pirro, with her full-throated defenses of him on Fox, is of more use there.

The above is from a quite lengthy accounting of Pirro’s career and how it has been intertwined with Trump for decades. Fascinating, actually.