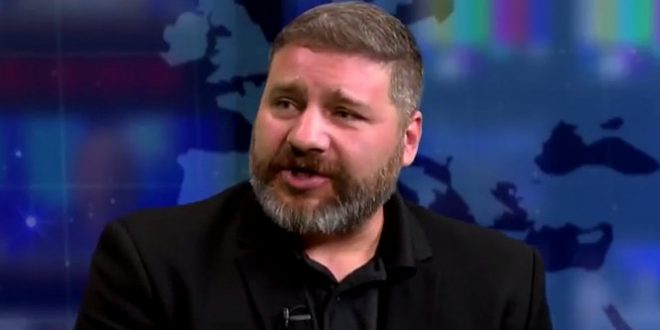 Christian Site: If Trump Loses In 2020, Conservatives Will Likely “Take Up Arms Against Leftist Democrats”

A growing number of conservatives are demanding that President Trump do something to stop the Big Tech censorship or face losing the 2020 election and throwing America into a violent civil war.

If Big Tech is allowed to continue to censor and silence the voices of conservatives, the only news that millions will see or hear is that of the far left. If all they hear is what the far left Big Tech and social media giants want them to hear, then it is pretty much assured that Trump will lose.

If Trump loses and Democrats win control of the White House and both houses of Congress, there is a very good chance that America’s conservatives will resort to taking up arms against the leftist Democrats who are hell bent on destroying our nation.

BarbWire most recent appearance on JMG came when the site praised “Obama’s home country” of Kenya for imprisoning gays, something the United States “doesn’t have the guts to do.” Like most of BarbWire‘s inflammatory posts, that one and today’s do not cite an author. No link because fuck those guys.