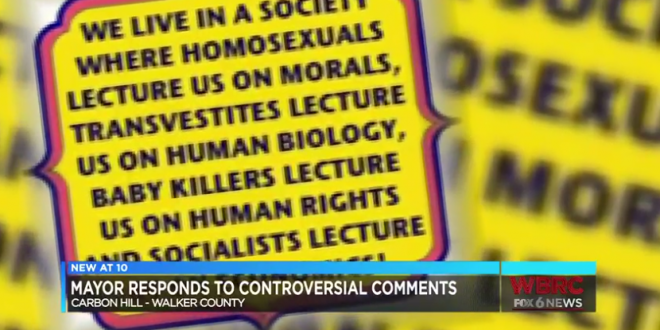 Chambers faced strong criticism from his constituents for the post and also for a response to his Facebook friend who wrote: “By giving the minority more rights than the majority. I hate to think of the country my grandkids will live in unless somehow we change and I think that will take a revolution.”

Chambers responded to that comment saying: “The only way to change it would be to kill the problem out. I know it’s bad to say but without killing them out there’s no way to fix it.”

In his first phone call with the above-linked outlet, Chambers denied making the post and hung up. He called back minutes later to admit to writing it, but said it was meant for friends and is being taken out of context. After the reporter read the post back to him, Chambers said, “That’s in a revolution. That’s right! If it comes to a revolution in this country both sides of these people will be killed out.” His Facebook page is now private. 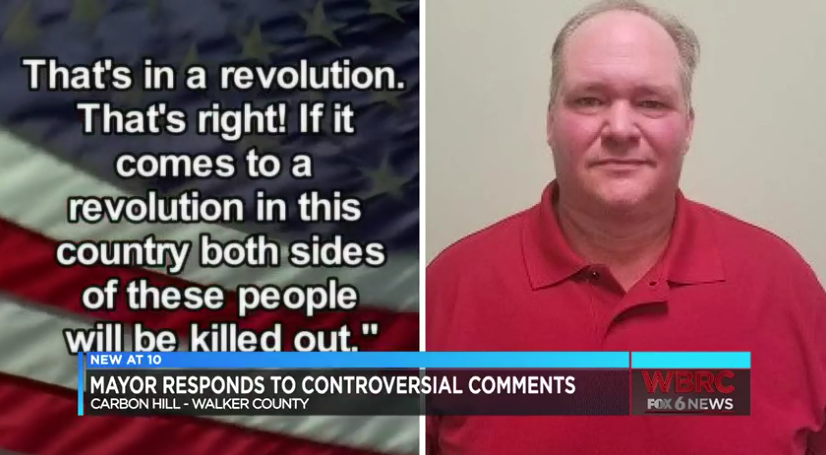 Carbon Hill Mayor, Mark Chambers, under fire for comments he made on his Facebook page against gays, transpeople and Democrats.

My exclusive interview with Chambers tonight on WBRC FOX6 News at 10 pic.twitter.com/O1ddGZAYZ8