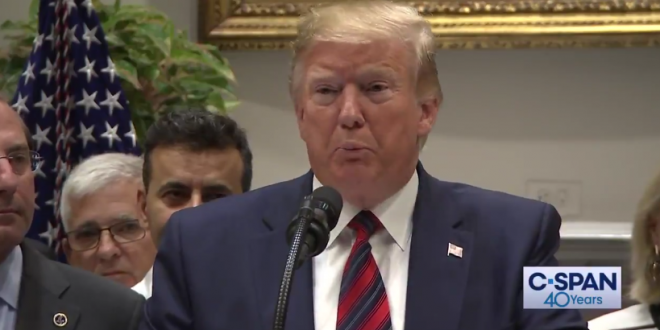 Trump Calls For Prosecuting John Kerry Under Logan Act: He Has Been Telling Iran Not To Call Me [VIDEO]

President Donald Trump acknowledged the United States was “risking military confrontation” with Iran and said former U.S. Secretary of State John Kerry should be prosecuted under the Logan Act for interfering with potential negotiations with Tehran.

Trump repeatedly accused the former Obama administration secretary of state of violating the Logan Act—a federal law dating back to 1799 which criminalizes negotiations by unauthorized persons with foreign governments currently in dispute with the United States.

REMINDER when 47 Republican Senators reached out directly to Iran in 2015 to undermine President Obama’s efforts to make a deal with Iran. If Trump prosecute John Kerry then all 47 of these GOP Senators MUST be prosecuted: https://t.co/9agqetYypK

Trump just called for John Kerry to be prosecuted for violating the Logan Act.

Ironically when it appeared that Michael Flynn and other Trump associates violated the Logan Act, Trump’s allies argued (correctly) that there had never been a successful Logan Act prosecution.

“That’s a violation of the Logan Act. And he should be prosecuted.”

By this logic, hard to argue Flynn didn’t also violate the Logan Act.

You’re ignoring the political significance of Trump’s statement, which, btw, was amusing. He said: “I’d like to see [the Iranians] call me. John Kerry speaks to them a lot, and John Kerry tells them not to call. => https://t.co/HVU09wZZwC