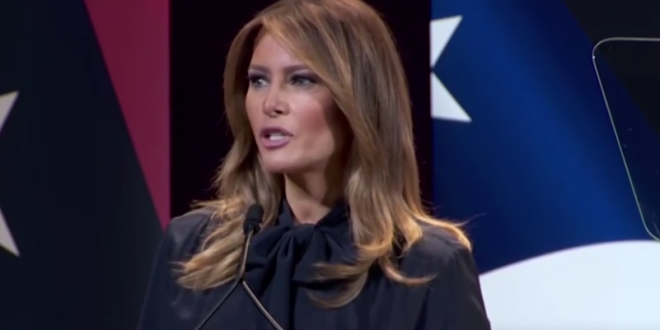 PEW SURVEY: Half Of White Republicans Are “Bothered” By Hearing Foreign Languages Being Spoken In Public

According to the new survey, 47 percent of white respondents who identified as Republican or Republican-leaning said they would be bothered “some” or “a lot” by a person speaking a language in public that was not English. By contrast, only 18 percent white respondents who identified as Democrat or Democrat -leaning said they would be bothered.

Younger whites and those with a bachelor’s degree or more education are less likely than their older and less educated counterparts to say they would be bothered by hearing a language other than English in a public place.

I illustrated this post with Melania Trump’s photo because the cultists seem to enjoy bragging about her proficiency with languages.