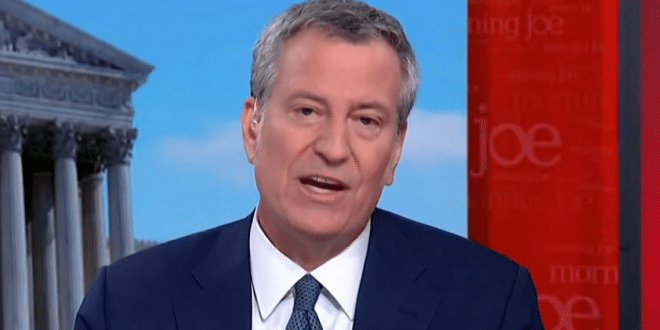 The Police Benevolent Association of the City of New York, which represents active and retired NYPD officers, this morning issued the below statement:

It is laughable that a mayor who has shown no interest in running New York City for six years now says he wants to mismanage the entire country.

While the mayor of our nation’s largest city is busy running around Iowa and getting upstaged by the mayor of South Bend, Indiana, there are real problems here at home.

New York City Police officers are continuing to suffer with wages 30% below market rate because the mayor has totally checked out of our contract process.

After six years of disrespect for the police officers who keep our city safe, it’s perfectly clear how the mayor treats men and women in uniform. As commander-in-chief, he would be an unmitigated disaster.

Previous Netanyahu Vows Israel Will Put A Bible On The Moon
Next Connecticut Radio Station Rebrands As “Trump 103.3”