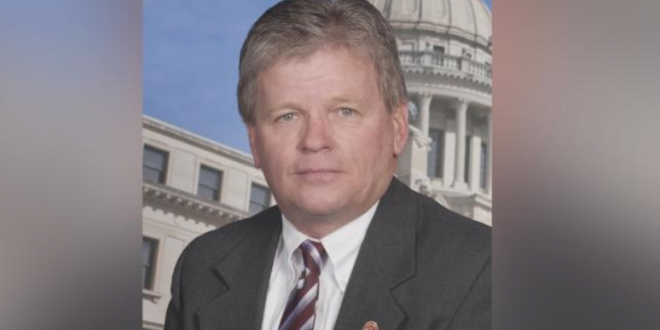 Mississippi’s governor and two other top Republicans say a state lawmaker should resign if he punched his wife. Second-term Republican Rep. Doug McLeod of Lucedale was arrested last weekend and charged with misdemeanor domestic violence.

Another woman in the house said McLeod’s wife ran into her room, and the woman locked the door. The woman said McLeod started banging on the door and threatened to “kill her (expletive) dog” if she didn’t open it, according to the Sun Herald.

The police report said McLeod “had slurred speech and walked slow in a zigzag pattern,” and was so drunk that he needed to grab a handrail to maintain balance. McLeod was arrested on a misdemeanor domestic violence charge, and released on $1,000 bond.

McLeod, who has served in Mississippi’s House since 2012, co-sponsored a bill this year to ban abortions when a fetal heartbeat is detected — which usually happens about six weeks into pregnancy. Mississippi passed the ban this month and it is now being challenged in federal court.

George County deputies report state Rep. Doug McLeod punched his wife and bloodied her nose. When officers told McLeod a domestic assault had been reported, they say he replied, “Are you kidding me?”https://t.co/5c1pVOOzHa

NOTE TO ALL: Repairs continue to JMG and you may see a DDoS protection notice before the main page loads. Thanks as always for hanging in there.

Previous Missouri: Major Tornado Rips Through Capital [VIDEO]
Next Trump Wails: I Totally Did Not Have A Temper Tantrum