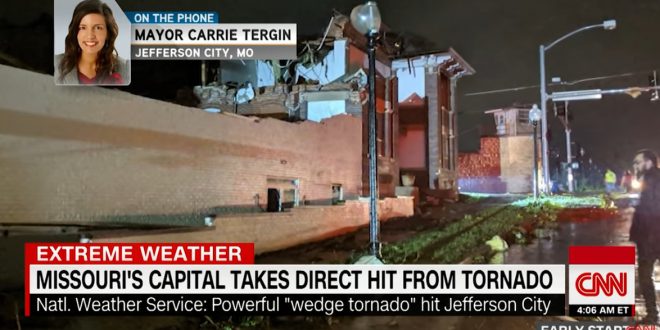 A tornado hit the Missouri capital as people slept late Wednesday night — part of a deadly spring storm system that has ravaged the central United States over the past several days, unleashing twisters, drenching rain, flash flooding and hail.

In Jefferson City, the tornado’s funnel was wider than its height, and hit shortly before midnight Wednesday, sending debris as high as 13,000 feet into the air, the weather service said. “When it hit… it felt like an earthquake,” Cindy Sandoval-Jakobsen said.

The National Weather Service issued a tornado emergency for the Jefferson City area at 11:43 p.m., and the tornado hit shortly after that, said Jim Sieveking, science and operations officer for the weather service’s St. Louis office.

NOTE TO ALL: Repairs continue to JMG and you may see a DDoS protection notice before the main page loads. Thanks as always for hanging in there.