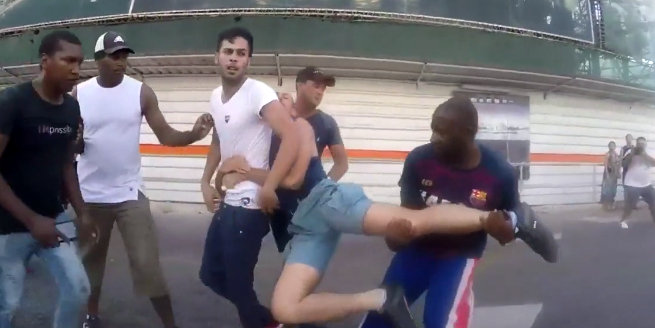 An independently organized show of gay pride ended with several arrests in Havana on Saturday afternoon. The march started in Old Havana’s Parque Central, where activists had been urged to meet at 4 p.m. Under significant police presence, some with dogs, activists and their supporters started arriving with gay flags and other rainbow-type expressions. Half an hour later, dozens had gathered and started marching along Havana’s famous Prado Avenue toward Malecon, the city’s seaside walkway.

On Saturday morning, several vocal members of the LGBT community on social media reported state security forces had harassed and threatened them with arrests if they attended the march. In previous days, the independently organized march had already received a lot of attention from activist and members of Cuba’s LGBT community after a government-sanctioned march was canceled.