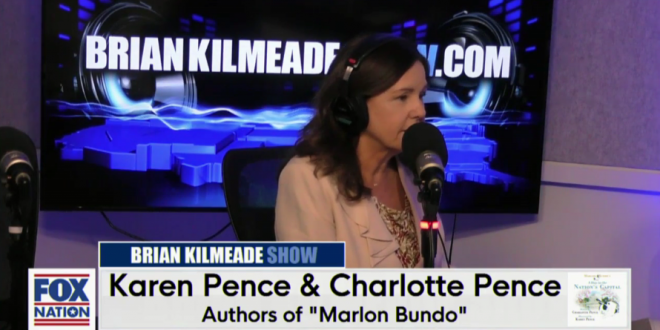 Mother Pence On Mayor Pete: He Needs To Understand Not To Attack People For Their Religious Beliefs [VIDEO]

Karen and Charlotte Pence have responded to Pete Buttigieg’s comments this week challenging “the Mike Pence’s of the world” for believing homosexuality is a choice. While on tour for their book “Marlon Bundo’s A Day in the Life of the Vice President,” the pair appeared on The Brian Kilmeade Show on Fox Radio Tuesday, where they defended their support of religious freedom and Mayor Pete Buttigieg.

Making a direct reference to her new book, Karen emphasized that Buttigieg was misunderstanding what the Pence family and other religious supporters believe. “I think in our country we need to understand you shouldn’t be attacked for what your religious beliefs are and I think kids need to learn that at a young age that this is okay what faith people have, we don’t attack them for their faith.”