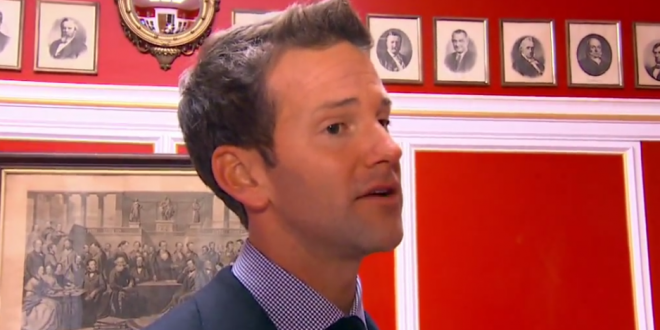 Aaron Schock Seen Making Out With Man At Coachella

What happens at Coachella doesn’t stay at Coachella, to the likely disappointment of Keith Anthony, a gay West Hollywood fitness trainer and member of the city’s Business License Commission. Anthony and his boyfriend, Tyler Tixier, were photographed hanging out at the desert music festival this past weekend with Aaron Schock, the former GOP congressman from Illinois who is infamous for his anti-gay voting record and alleged misuse of federal money.

Schock, who represented Illinois’ 18th District, resigned in March 2015 after he was accused of using campaign funds and office accounts to pay for lavish trips and events. He has been criticized by gay activists for voting against the repeal of “Don’t Ask, Don’t Tell” and against amending federal hate crimes laws to include crimes where the victims were targeted on the basis of sexual orientation, gender identity, gender and disability.

And now @aaronschock believes he not only can go out in public hanging with other gay men after voting against us but….

…He’s apparently thinking of going back into politics again.