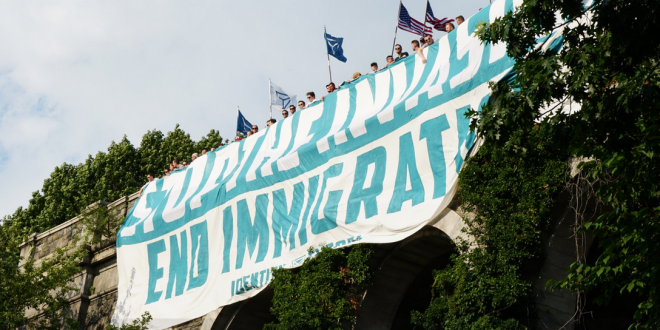 Just out from the Anti-Defamation League:

Under intensified public scrutiny, white supremacists are facing a Catch-22: As individuals, they want to remain anonymous and invisible, but they need to promote their organizations and ideology. Their solution: Increased propaganda efforts, which allow them to maximize media and online attention, while limiting the risk of individual exposure, negative media coverage, arrests and public backlash.

ADL’s Center on Extremism (COE) continues to track an ever-growing number of white supremacist propaganda efforts, including the distribution of racist, anti-Semitic and Islamophobic fliers, stickers, banners and posters. The 2018 data shows a 182% increase of incidents from the previous year, with 1,187 cases reported, compared to 421 in 2017.

The propaganda, which includes everything from veiled white supremacist language to explicitly racist images and words, often features a recruitment element, and frequently targets minority groups, including Jews, Blacks, Muslims, non-white immigrants and the LGBTQ community.