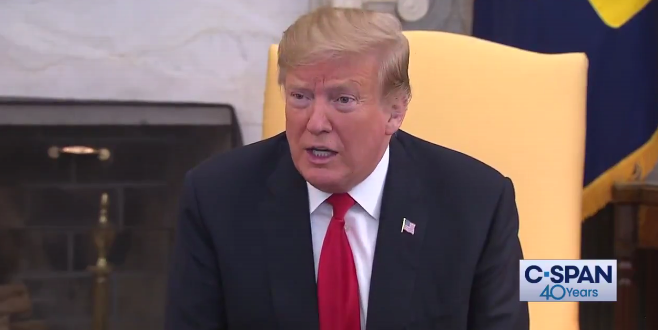 U.S. President Donald Trump on Wednesday called on Russia to pull its troops from Venezuela and said that “all options” were open to make that happen.

The arrival of two Russian air  force planes outside Caracas on Saturday believed to be carrying nearly 100 Russian special forces and cybersecurity personnel has escalated the political crisis in Venezuela.

“Russia has to get out,” Trump told reporters in the Oval Office. Asked how he would make Russian forces leave, Trump said: “We’ll see. All options are open.”

A spokeswoman for Russia’s Foreign Ministry, Maria Zakharova, said the United States should pull troops from Syria before telling Moscow to withdraw from Venezuela.

Reporter: “What sort of complications has the Russians’ involvement [in Venezuela] now posed…”

Trump: “Russia has to get out” pic.twitter.com/rQrdSIf2Ac

As President Trump made clear today, “Russia needs to get out” of Venezuela.

Trump hosts Fabiana Rosales, wife of Venezuelan opposition leader Guaido in the Oval Office. Trump said Maduro ally Russia “has to get out “ of Venezuela. pic.twitter.com/X0L1umAUAY