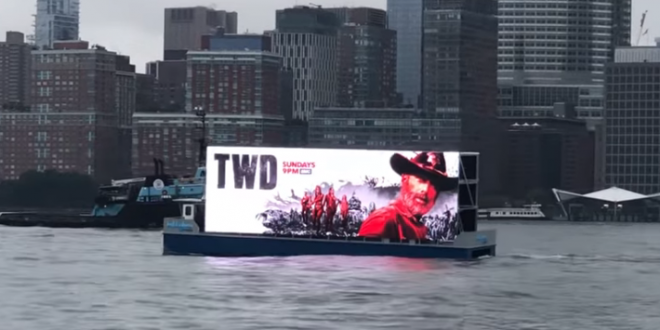 The city filed a lawsuit Wednesday aimed at sinking the billboard-carrying barges that float on New York waterways. City attorneys write that the company behind the LED advertisements, Ballyhoo Media, has brazenly disregarded requests to dock the barges because they are a public nuisance, distract drivers and violate zoning regulations.

“Our waterways aren’t Times Square. These floating eyesores have no place on them,” Mayor de Blasio said. The floating advertisements typically travel from the Hudson River around Midtown to Battery Park and then up the East River to Roosevelt Island. They began operating in the city around October.