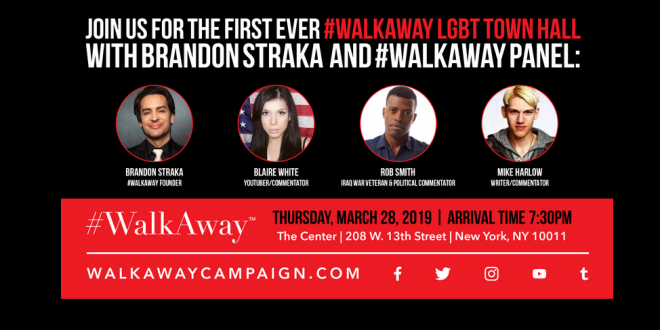 New York City’s prominent LGBTQ event space The Center, which bills itself as “the heart and home of NYC’s LGBT community,” sparked a major controversy this week for holding an upcoming event by a right-wing organization, the #WalkAway campaign, geared toward convincing LGBTQ people to leave the Democratic Party. Twitter users started to call attention to the March 28 town hall, which was being advertised in Get Out! magazine on Tuesday.

And by Wednesday, The Center released a statement defending the choice, reminding people that their West Village hub is a non-partisan non-profit, and, “while we may be disgusted by or reject the ideas some groups espouse, we will not stand in the way of their right to say them.” The response enraged many in the LGBTQ community and raised larger questions about what it means to create safe spaces for LGBTQ people.

That was earlier today. The statement below was just issued by the New York City LGBT Center.

Upon further review and consideration, The Center has cancelled the March 28 Walk Away event. We strongly oppose censorship and fully stand by our commitment to free speech, but as our space use policy states, we reserve the right to cancel any event that promotes discriminatory speech or bigotry; negatively impacts other groups or individuals that use The Center; or conflicts with, or interferes with, Center-sponsored or produced programming. It has become clear that this event would violate all of these important policies.

In recent days we have learned that certain of the panelists announced for this event have made repeated, well-documented past statements that violate our mission, values and the spirit of inclusiveness for all individuals and identities that is core to our work and who we are.

Our space is a place of safety and refuge for those most vulnerable among us, and we will do everything in our power to protect that. Permitting this event to proceed would make many of our community members feel unsafe and, among other things, interfere with their ability to participate in other Center programming.

Bolding above is mine. Reactions below are from the idiot “Walk Away” homocons, one of whom you may recognize as the leader of an SPLC-certified anti-Muslim hate group.

1.Leftist bullies won. @LGBTCenterNYC bowed.
We’ll be taking action against this NON-PARTISAN, NON-PROFIT organization that is ONLY a safe space for LGBT liberals&progressives. A defamation suit will likely be coming as well. https://t.co/0VE7rko2sd

2. We are seeking a new location and the lgbt community WILL get their Town Hall. As the leftist mob deployed their media bullies to shut us down, we’d greatly appreciate the support of the conservative media. @FoxNews @TuckerCarlson @IngrahamAngle @foxandfriends @OANN @BlazeTV

The LGBT Center had a real opportunity to show the gay community that it is tolerant & open-minded.

What it’s done is show that @usminority is correct that gays need to #WalkAway from the bigoted democrat party, who silences gay voices it doesn’t politically agree with. 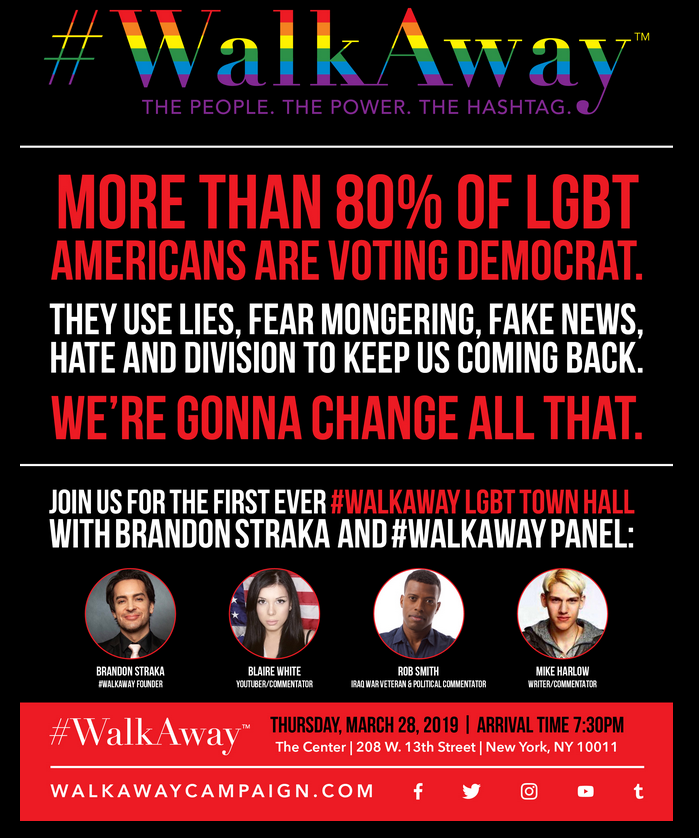