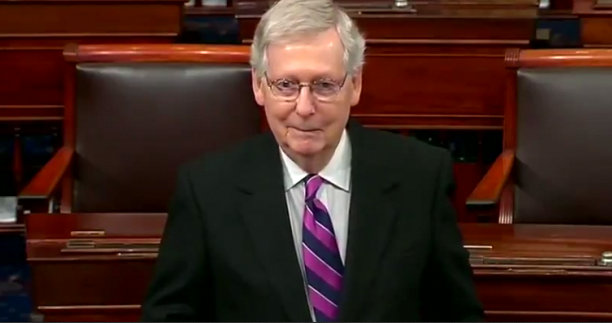 But, the Kentucky Republican also said he anticipated the Senate would pass the measure disapproving of the border security emergency.

“I was one of those hoping the president would not take the national emergency route,” McConnell said Monday at the federal courthouse in Louisville.

The resolution blocking Trump’s emergency declaration appeared to clinch the 51 votes needed to pass the Senate when Sen. Rand Paul (R-Ky.) announced over the weekend that he would vote for it.

In addition to Paul, Sens. Susan Collins (R-Maine), Lisa Murkowski (R-Alaska) and Thom Tillis (R-N.C.) have said they will vote for a resolution of disapproval.

Several other GOP senators, including Sens. Cory Gardner (R-Colo.), Marco Rubio (R-Fla.) and Mitt Romney (R-Utah), have yet to how they will vote.