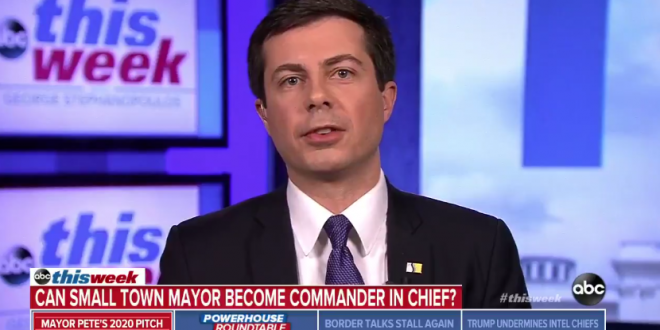 South Bend mayor and presidential hopeful Pete Buttigieg said on Twitter Saturday morning that 65,000 people have donated to his exploratory committee, a mark that qualifies him to be invited to the first Democratic National Committee debate in June.

The 37-year-old Rhodes Scholar and military veteran promised a “fresh start” for the White House, and he has said it’s time to look to the future and move away from the politics of the past.

Thanks to you, we hit the @TheDemocrats 65,000 donor goal in order to be invited to the first debate. But we are going to need to raise a lot more money to compete. pic.twitter.com/SCOAZ20UuG

Ready to sit down with Chris Wallace on @FoxNewsSunday to talk about the future of my party and our country. pic.twitter.com/PrAv61JDJP

Well this is a nice thing to wake up to: “The best political autobiography since Barack Obama” https://t.co/9HeA5YfrMQ

I know I can hold my own on the debate stage and represent your values with honor and integrity, but I need to know we can build a strong organization, too.

Previous President Butthurt Calls For FCC To Investigate SNL
Next Trump Rages In Support Of Fox News Host Jeanine Pirro: “The Fake News Losers All Want What You Have”