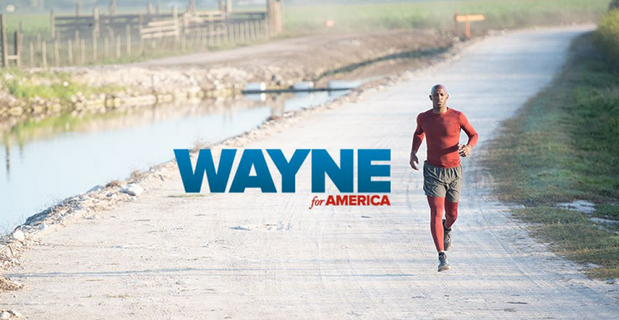 He formally kicks off the campaign on Saturday, with a rally at Florida Memorial University in Miami Gardens. “I’m passionate about the American Dream because it’s not a fictitious thing for me it’s real for me,” Messam said in the video. His campaign slogan is “Wayne for America.”

A major impediment to achieving the American dream, Messam said in the video, is the struggle faced by people who graduate from college with mountains of student loan debt. That is expected to be a major focus of his candidacy.

Unless you are a Florida State University football fan, chances are you have never heard of the newest Democratic candidate for president — but Wayne Messam is hoping to quickly change that.

Messam, who played for the Seminoles in the 1990s, believes Miramar has much that the rest of the United States would like to have — environmentally-friendly development, high-end manufacturing and major corporate operations.

The 44-year-old construction company owner also knows why pundits say he won’t win: low name recognition and funding; no sitting mayor has ever won the presidency; his lack of political experience and more. But he is quick to respond with why he can. Why does he have to be governor or a senator first? Trump wasn’t.

Miramar has a population of 140,000 and is located northwest of Miami in Broward County.

The American Dream my parents sought when they came from Jamaica with just a 5th grade education is fleeting. Together, we can put the American Dream back within reach for all #ChangeCantWait pic.twitter.com/oHwrBsx5uH