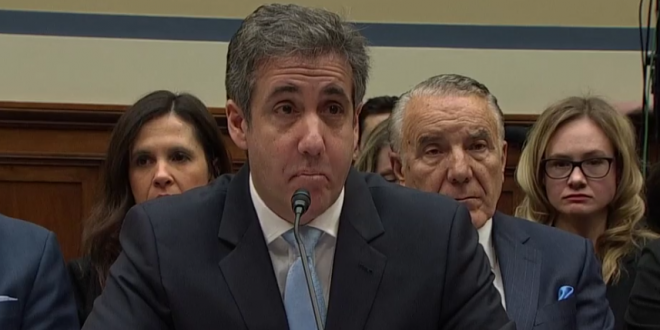 Michael Cohen’s dramatic congressional testimony against President Donald Trump on Wednesday came loaded with lurid details, signed checks and partisan sniping – offering a level of spectacle that was unusual, even for Washington.

But both Democrats and Republicans signaled that Cohen’s remarks before the House Oversight Committee – his first extensive public remarks about his role as Trump’s personal attorney – was only a first act in a larger drama to be staged on Capitol Hill.

As Democrats sought to tease new details out of Cohen, a pugnacious former attorney, and Republicans tried to undermine his credibility, both sides were staking out talking points to be replayed in coming weeks as lawmakers look ahead to the next plot twist: the conclusion of special counsel Robert Mueller’s probe into the 2016 election.