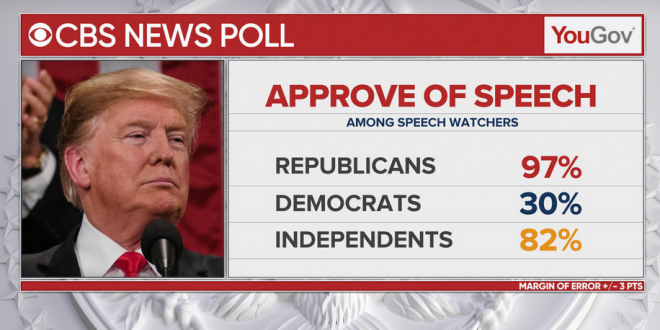 But there’s a catch.

Seventy-six percent of Americans who tuned in to President Trump’s State of the Union address Tuesday night approved of the speech he gave. Just 24 percent disapproved.

As is often the case in State of the Union addresses, the people who watched tonight’s speech leaned more towards the president’s own party, at least compared to Americans overall.

In the latest CBS national poll released last month, 25 percent of Americans identified themselves as Republicans. Among those who watched Tuesday night’s address, that figure was 43 percent, and Republicans helped bolster the overall approval of the address.

Stats on specific issues are at the link.