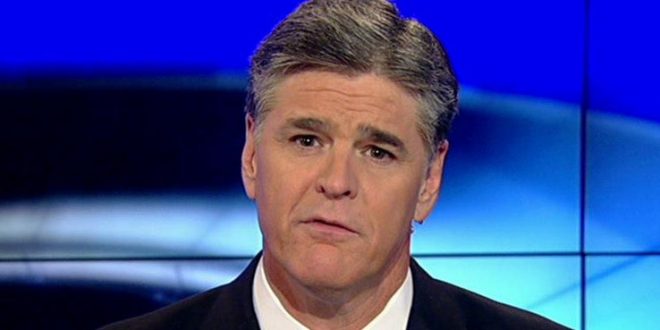 Hannity: Trump Will Still Get His Money For The Wall

Sean Hannity is confident that President Donald Trump will secure federal funding for his southern border wall… someday. “Some of you say ‘he didn’t get any money for the wall,’” Hannity observed on his radio show. “No he didn’t, but he’s going to.”

“The left-wing media will say it’s a win,” Hannity said of Friday’s deal to reopen for three weeks the quarter of the government that has been closed since Dec. 22. “I think the president also kind of has a heart,” Hannity said. “He knows that this is tough on a lot of the furloughed workers.”

But he noted that Trump could allow another shutdown when the deadline arrives next month, or if a deal does not emerge he could declare a national emergency to circumvent Congress to build a wall, as the president suggested Friday.