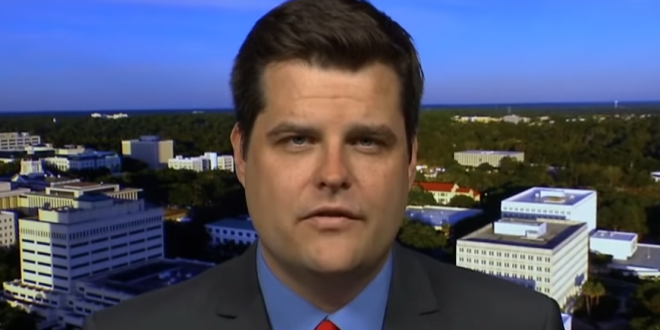 Gaetz, a loyal surrogate and ally to President Trump, has been a recurring guest on the network’s programs, but will now host a show despite being a sitting congressman.

RELATED: Gaetz has made multiple appearances on Infowars and invited Holocaust-denying far-right troll Chuck Johnson as his guest at Trump’s first state of the union address. In November 2018 he was photographed with a Florida member of the Proud Boys.