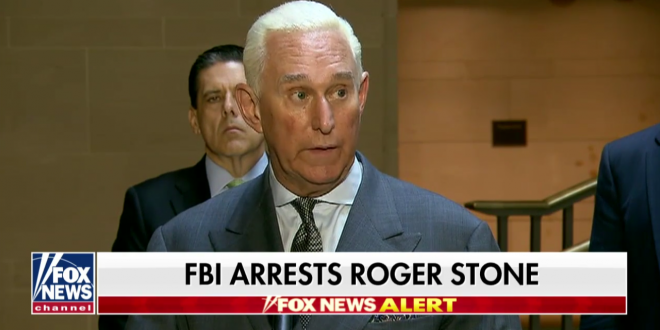 Fox & Friends take? Where is the Russian collusion? The indictment appears to connect the Trump campaign to information hacked by Russian officials who have already been indicted by Mueller for interfering in the election. But Steve Doocy’s take?

“When you look at seven counts from the grand jury, obstruction of an official investigation, false statements to Congress, and perhaps witness tampering, once again, where is the Russia collusion?” Ed Henry agreed, saying “right, it is a process crime based on the investigation.”

Fox & Friends React to News of Roger Stone’s Arrest: ‘Where is the Russian Collusion?’ https://t.co/Idgbc3gp86 pic.twitter.com/s8fRqeo2ip